“London Pictures” – in concert with The Band of the Grenadier Guards 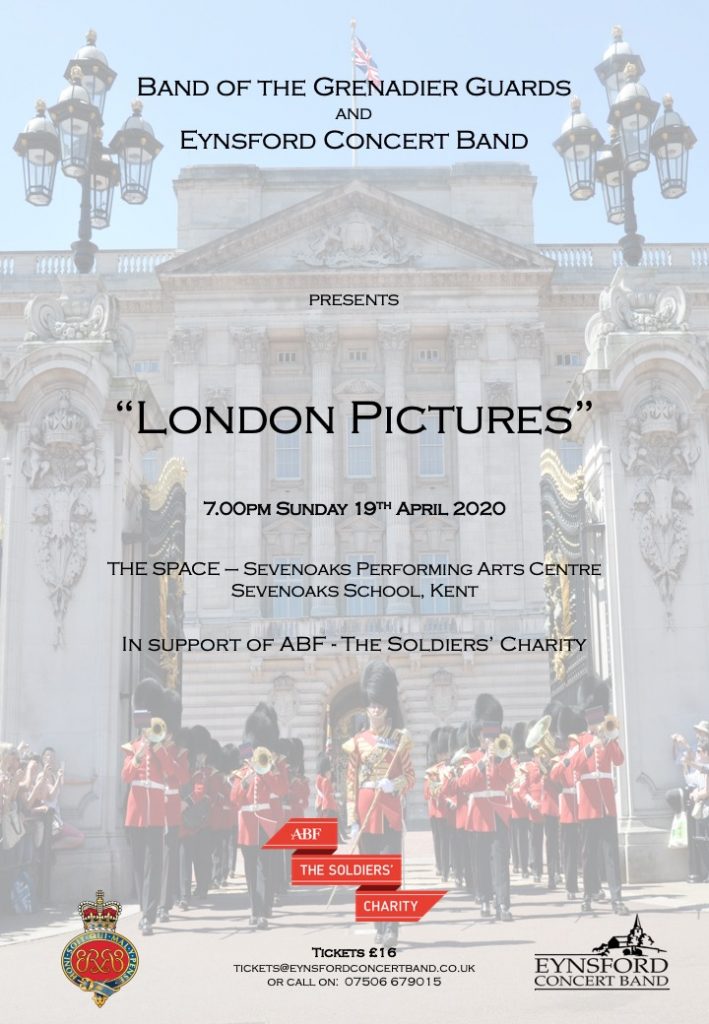 Eynsford Concert Band are thrilled to announce that their 2020 Spring Concert will be a celebration of our wonderful capital city.

We are delighted that the Band of Grenadier Guards will join us for our 6th concert together on Sunday 19th April at The SPACE, Sevenoaks.

This concert promises to be a fun evening of music from Eynsford Concert Band and the Band of the Grenadier Guards, followed by a massed-bands finale   …all conducted by our very own Major Mike Smith!

This concert will again be in support of ABF – The Soldiers’ Charity, the National Charity of the British Army.  ABF gives a lifetime of support to soldiers and veterans from the British Army, and their immediate families.  It makes grants to individuals through their Regiments and Corps and support a wide range of specialist charities that sustain the British Army ‘family’, both at home and around the world.

Available from Paul at [email protected] “London Pictures” – in concert with The Band of the Grenadier Guards
The SPACE, Sevenoaks School