Winner of the 2003 NBA William Revelli Composition Award. A Scottish ballad for wind band, Perthshire Majesty finds its musical roots in the heritage of David Gregory, the conductor who led the premiere. A gentle, elegant work with a broad, cinematic lyricism, Perthshire Majesty evolves with a sense of engaging inevitability. 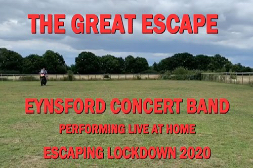