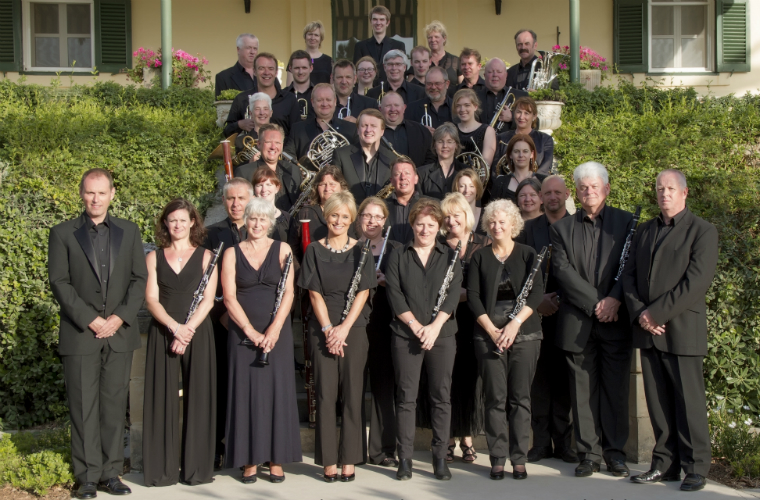 EYNSFORD CONCERT BAND is a symphonic wind ensemble that has been based in the small Kentish village of Eynsford since 1972.
The band has 50 playing members from all over the South East of England that aspire to attain the highest standards of musicianship within a social and friendly environment.

The band enjoys performing a wide range of concert band repertoire from popular music arrangements and orchestral transcriptions to classic and modern wind band works.  We have recorded three CDs, releasing Heritage in January 2010, featuring a Suite by Nigel Clarke written especially for the band.  Our YouTube channel also provides many examples of the band in action.

Eynsford Concert Band has gained an international reputation having toured Austria, Canada, Cyprus, Czech Republic, Ireland, Netherlands, Malta, Spain and Belgium as well as playing aboard cruise ships in the Fjords of Norway and the Mediterranean where we provided the on-board entertainment.

Throughout 2012, the band celebrated it’s 40th birthday.  Our celebrations included a celebration concert that thrilled its audience with a musical journey, charting the band’s forty year history from humble beginnings in 1972.

In July 2014 the band had was crowned National Champion Concert Band at the National Concert Band Symposium (NCBS) held in Canterbury.  With this honour, we were asked to be the first band to represent the UK at the 2016 European Championships for Wind Orchestras in Utrecht, Holland.

The band is firmly rooted in its community and every year raises substantial amounts for local charities, raising nearly £40,000 since 2004.  As a Registered Charity (No. 277086) itself, we invest any revenue from performances back into the band, to fund the purchase of music, hire of the rehearsal and performance venues and obtaining instruments for those members who cannot afford to buy them.  It is only through the voluntary efforts of its members that the band survives.