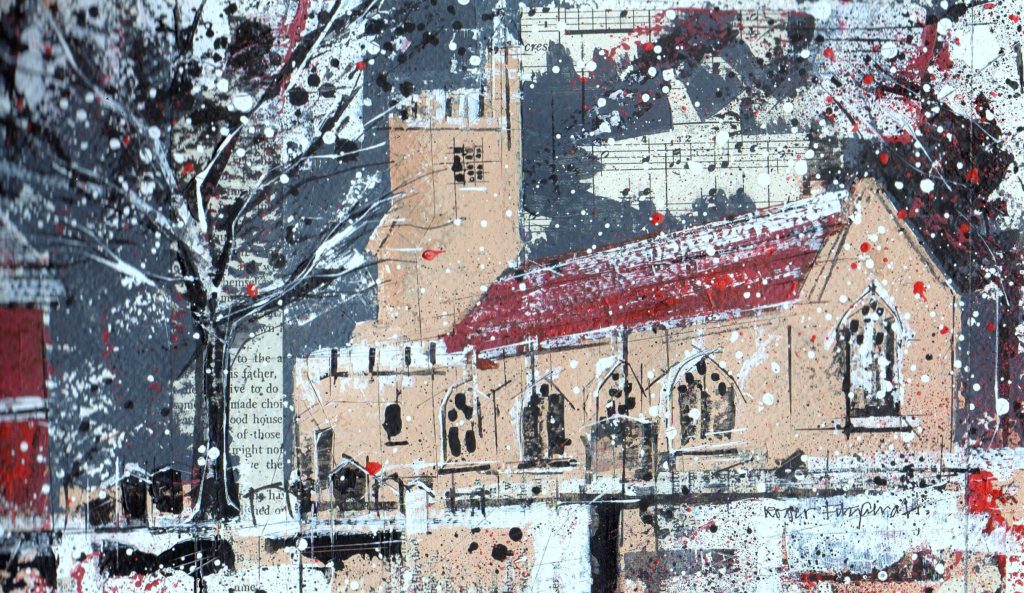 On Sunday 6th December 2020, Eynsford Concert Band were proud to help Rev. Angus MacLay and the congregation of St. Nicholas Church with a special ‘virtual’ performance of their traditional Christmas Celebration, being held in such difficult circumstances.

Eynsford Concert Band first performed in the St. Nicholas Christmas Celebration in 1997 and we have been part of this annual service almost every year since 2004.

In response to this call to action, the band recorded 2 carols, playing as individuals at home and submitting recordings to be ‘mastered’ by our resident sound engineer, Pete Ringrose.  In addition, we have provided three recordings from Christmas Concerts past,  all virtually introduced by our own Mike Smith.

In addition to performances from Eynsford Concert Band, the concert included a virtual choir and other online items.

Dear all at Eynsford Concert Band,

I want to express my warmest thanks to all the members of the Eynsford Concert Band for all the hard work that went into recording the carols for inclusion in last night’s event at St Nicholas. I realise that it was quite an undertaking but the end result was excellent and, from the immediate feedback that I’ve received, much appreciated.

Thank you for including Mike’s introductions to assist in the running of the service. I also trust that it has led to a greater number of folk seeking to find the Band on YouTube. At time of writing there have already been over 700 views. Recognising that some of those may be only for a short time it nevertheless represents a significant number of people, and perhaps far more than the usual 400-500 that we would normally anticipate at this service each year.

Whilst writing, many thanks to the various members of St Nicholas, especially Peter Harlow, who liaised with the Band in producing the carols, as well as for the other musical input from choir and music group which was also much appreciated!

In due course, we would love to invite you for next year, trusting that Covid will be behind us and that the Band can get back into your more usual routines!