Heritage Suite – Notes from the composer

HERITAGE SUITE (What Hope Saw), by Nigel Clarke, is a six-movement work inspired by the bronze sculpture by Sarah Cunnington entitled `Hope’, which is to be found on The Green in West Malling. 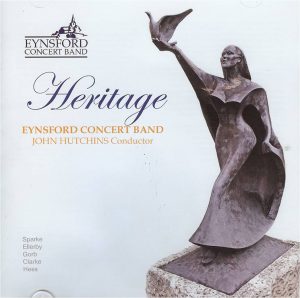 Historians often focus on the big events that shape our world rather than the fabric of day-to-day life that makes up our shared heritage. It was suggested by Eynsford Concert Band that I should write a work inspired by the bronze sculpture by Sarah Cunnington entitled `Hope’. The sculpture is in the shape of woman running with a dove perched on her hand. The woman’s cloak billows out behind her and contains eight panels describing the town’s local history over the centuries.

The eight images on the panels are the following:

Heritage Suite is a six-movement work that focuses on all eight subjects. To give the Suite a sense of unity, musical ideas from previous movements reappear in unexpected places implying that history often repeats itself! I have also hinted at a number of familiar pieces of music. The movements are as follows: