On Sunday 17th June 2018, Eynsford Concert Band and the Darent Valley Youth Music presented an outside concert in the beautiful and historic grounds of Eynsford Castle.  This was a free concert within the castle grounds, provided with the kind permission of English Heritage. 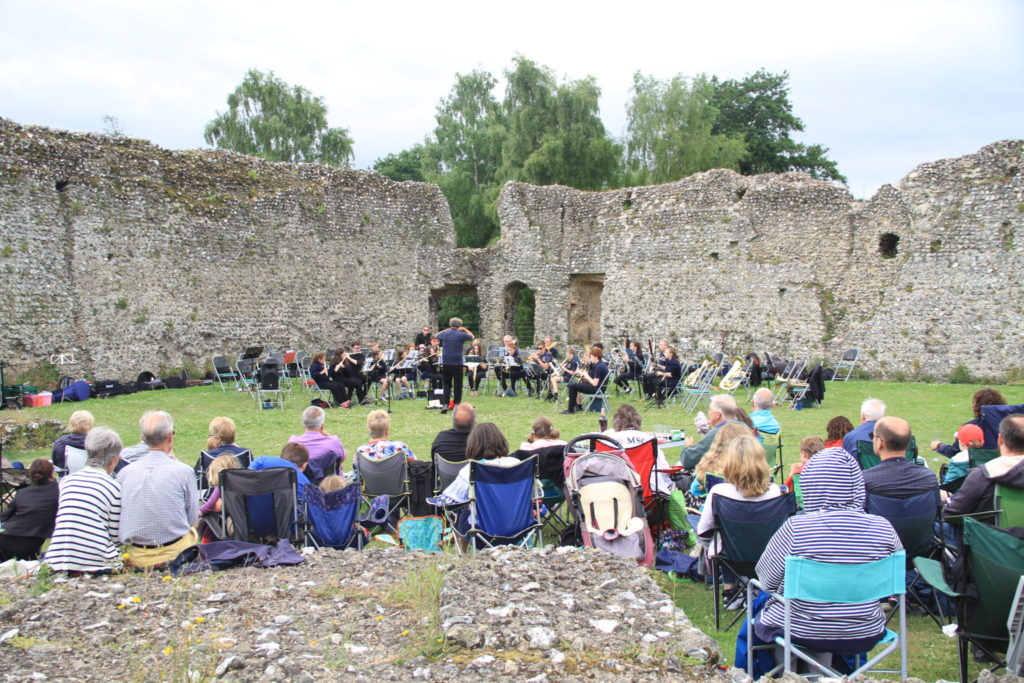 Despite the weather in the build up to the concert being glorious and now not having rain for over a month the day itself was a bit grey and overcast but the music performed by both bands helped lift the spirits of those present and created a warm atmosphere.

The concert began with a selection of music performed by DVYM under the baton of Duncan Dwinnell and it was great to see and hear their young players, some as young as 11 & 12 years old, performing as well as those some 40+ years older.  The event also took some members of the Eynsford Concert Band back to when they first started some 40+ years ago!  This opening of our concert culminated in joint performances from both bands of some old favourites such as 76 Trombones, Liberty Bell and Sea Songs.

The second half of the concert was performed by Eynsford Concert Band under the baton of Mike Smith, including favourites from Broadway, a selection of songs by Michael Jackson and from the recent TV series Game of Thrones.

It was good to work with such a great group of youngsters with the aim to encourage them to keep up with their music and hopefully one day to join Eynsford Concert Band and perhaps one day replace us as we get too old!

Many thanks also to the Sevenoaks District Arts Council (SDAC) for their funding support and enabling the concert to go ahead.