On Saturday 30th June 2012, Eynsford Concert Band and the Malling Community Choir performed a very special concert, hosted by the Sevenoaks Town Mayor, to an enthusiastic audience and many local dignitaries at the Sevenoaks Community Centre. 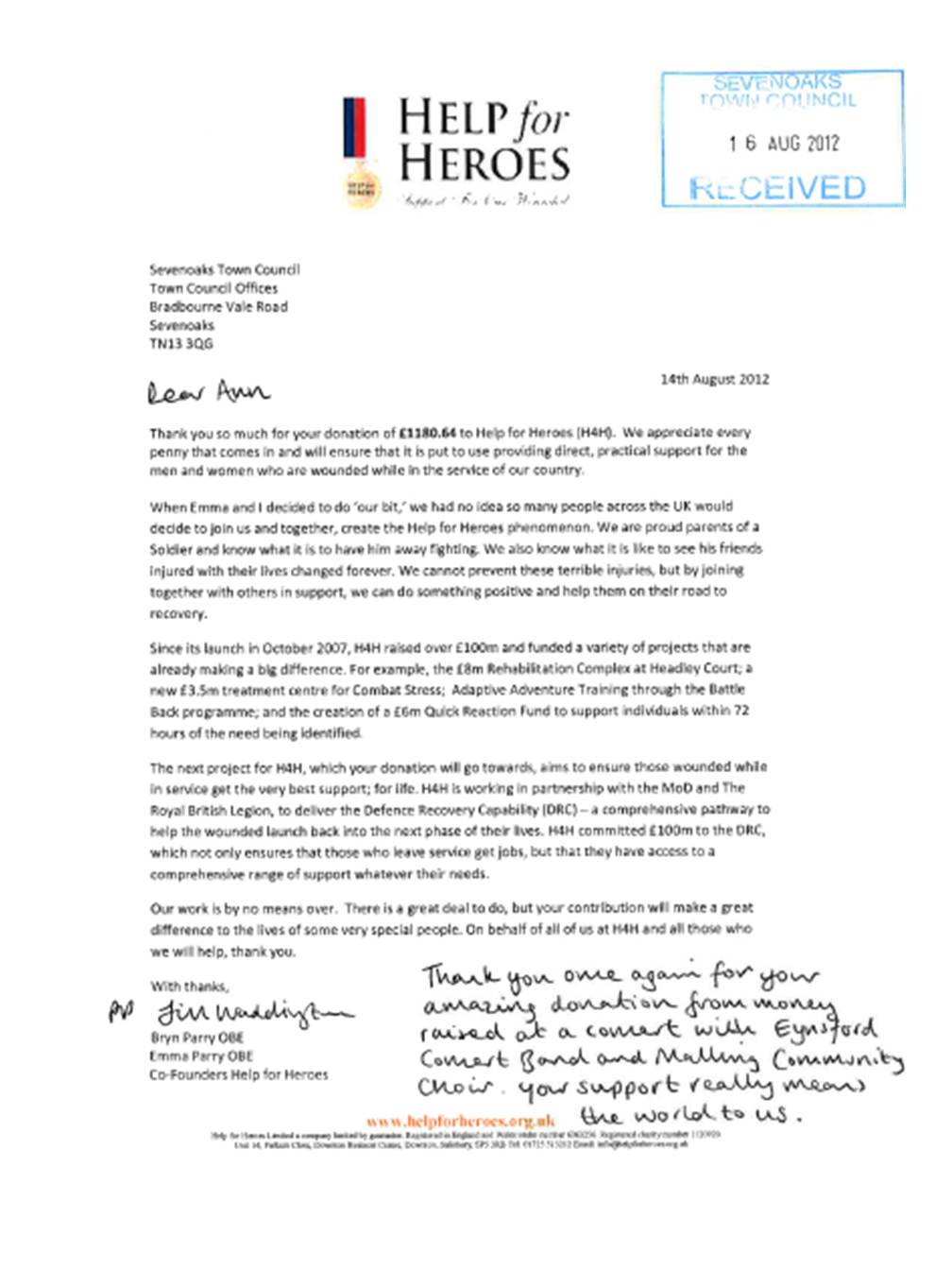 Held on Armed Forces Day, the concert provided a poignant reminder to us all of the difficulties faced daily by wounded servicemen and women returning from Afghanistan and other conflicts, raising nearly £1,200 for the charity Help for Heroes.

This was the third year that our band has supported Armed Forces Day by performing at the Community Centre in Sevenoaks, and we feel a great sense of pride in being able to honour and remember our servicemen and women in difficult times.