Over the past couple of years, Eynsford Concert Band has been supporting The Malling School in Kent with their programme to encourage year 7 pupils to take up music.

The Band has visited the school on a number of occasions to conduct musical workshops with pupils and afternoon concerts for pupils and their parents, all with the aim of introducing them to the benefits of taking up an instrument.  These events have been a great success with over 100 students participating and more than 40 taking up an instrument.

Furthermore, the band has also been instrumental in raising over £3,000 to fund the appointment of a Brass Tutor at the school.

Elaine Cox, Head of Music, wrote to thank us following our most recent workshop in September 2012, saying:

“The uptake again this year has been fantastic – so much so that I have run out of some instruments!!

We currently have five new brass students who are learning trumpet/trombone, which is more than we had start last year.

In terms of woodwind it has gone crazy!.. I have 7 new flute players, and have had to get in some flutes from the old Kent Music stock as we now have 14 players.  I also have four new sax players, taking the total to 12. I have a waiting list of 5 pupils as we have run out of saxophones and can’t borrow any from anywhere!  We also have three new clarinet players starting this week.

Rehearsals are underway for our Christmas concert and we have also been invited to play in Leybourne for their Christmas tree switch on, which will be fun.

I have spoken to all year 7’s about the music day when you and the other band members came in, and they have all said how much they enjoyed it – and the staff did too!!”

This programme continues to be one of the band’s priorities, providing an opportunity for us to help develop the next generation of musicians and to give something back to the community.   None of this would have been possible without the efforts of our Honorary Patron, Councillor Trudy Dean and we thank her for her continued support. 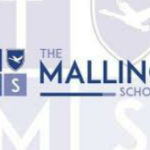