Maj. Mike Smith appointed DoM of the Band of the Grenadier Guards 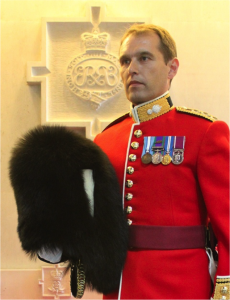 Eynsford Concert Band is excited to announce Mike Smith’s appointment as Director of Music of the Band of the Grenadier Guards.

After almost 4 years since leaving the Band of the Grenadier Guards to take up staff appointments at the Royal Military School of Music, Kneller Hall, Mike has the honour and unique distinction of returning to be their new Director of Music.

He assures us that he is looking forward to the challenge of working with two fine group of musicians and reestablishing relations between the Grenadiers Band and Eynsford Concert Band over the coming months.

A return joint concert in Pamoja Hall, Sevenoaks is already being planned for early November where Mike will lead both bands in what promises to be a fantastic evening of top class music.

We all wish Mike every success in his new role and look forward to spending time with our friends at the Band of the Grenadier Guards.