“Love was in the Air” at The SPACE, Sevenoaks 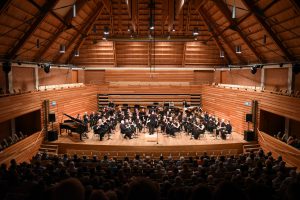 On Sunday 14th May, in the wonderful Pamoja Concert Hall (The SPACE) in Sevenoaks, our near-sellout audience were treated to a spring concert based on the theme of Love, Hate and War (but mostly Love). 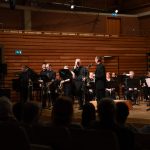 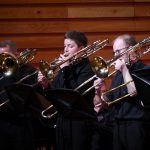 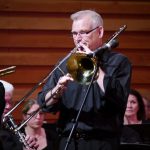 We started off the concert with a bang, performing Prokofiev’s “Montagues and Capulets” from Romeo and Juliet, a piece made famous by the television show “The Apprentice”, and which seemed to prove popular with our audience.

Followed by Frankie Valli’s “Can’t Take My Eyes Off You”, we moved through our programme onto a Gershwin Medley, featuring “Fascinating Rhythm”, “Embraceable You” and of course, “I Got Rhythm”. 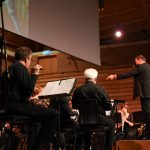 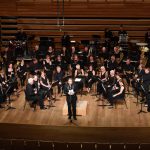 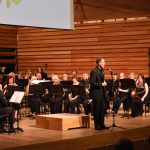 The second half of our concert started with Saint-Saëns’ “Danse Bacchanale” before performing our feature piece, “Chivalry” by Martin Ellerby, a symphonic tone poem that depicts scenes of romance, love and war.  This was something we had been working on for a while, and it seems to have paid off as we received very positive feedback from the majority of our audience members!

Another highlight of our second half was “Land”, an unaccompanied percussion solo played beautifully by Stefan Beckett as well as “Czardas”, the solo again being performed by Stefan. 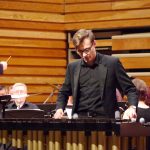 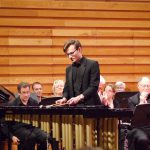 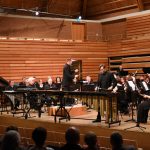 We would like to say a huge thank you to those of you who came along, we couldn’t put on our concerts without your support! We hope you enjoyed listening as much as we enjoyed performing and we hope to see you again soon   ….and many thanks to Ethan Siegel for his fabulous pictures! 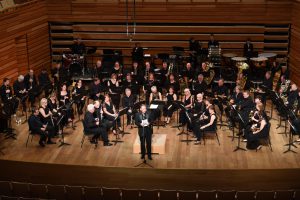